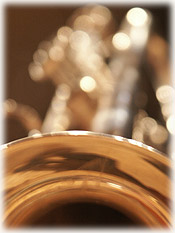 Under the Direction of Dr. James Ripley, the Waukesha Area Symphonic Band (WASB) is a full symphonic band performing wind literature of the highest caliber for the band members and their audiences.  The band is the recipient of the 2017 Sudler Silver Scroll Award, and has been a fixture in the greater Waukesha community for over forty years.

Fielding a full symphonic band membership that runs from 70-100 members, WASB is an outlet for adult musicians of many walks of life including Music Educators, Amateur/Professional musicians, and through its continued partnership with Carroll University, current Carroll students and many Carroll alumni. The band rehearses during the school year one night per week, performing several concerts per season at our Carroll University home and other areas in Southeastern Wisconsin. The band continues to provide continuous opportunities for adult musicians to improve their instrumental music skills.

Founded in September of 1976 by Mr. Jay Whitney and Dr. Charlie Boyer Band Director of then Carroll College (now University). They enlisted the help of Lance Koehler and Mark Helgert and together were instrumental in getting the word out to area musicians and Carroll students of the wonderful opportunity available to them. Dr. Charles Boyer was the conductor of that first ensemble, followed by Dr. James Hoch, Dr. Robert Halseth, Dr. Lawrence Harper, Dr. Michael Alexander, Mr. Rick Kirby and now introducing Dr. James Ripley.

Forty plus years later, we wish Jay was still with us and able to see what his vision has become. WASB is one of the strongest community bands in the Midwest performing wind literature of the highest caliber, and is a community hallmark.

Each year WASB sponsors a Concerto Competition, which is open to high school wind & percussion students. The winner is invited to perform their solo with the band during the Spring Concert.

James C. Ripley is Professor of Music, and Director of Instrumental Music Activities at Carthage College.  He also serves as Principal Guest Conductor of the Sakuyo Wind Orchestra at Sakuyo University in Kurashiki, Japan, where he was Music Director from 2001-2011.  At Carthage, Dr. Ripley conducts the Wind Orchestra, Concert Band and the chamber winds group AMATI. He also teaches classes in conducting, teaching methods and psychoacoustics.   Prior to his appointment at Carthage, Dr. Ripley served as Assistant Professor of Conducting and Ensembles at the Eastman School of Music, where he was the Associate Conductor of the Eastman Wind Ensemble and Wind Orchestra, and conductor of the Symphonic Wind Ensemble at the River Campus of the University of Rochester. In 2012, Dr. Ripley received the Carlo A. Sperati Award from Luther College for outstanding service in the field of instrumental music.

Dr. Ripley received his D.M.A. in conducting from the Eastman School of Music, where he studied with Donald Hunsberger. He has a M.M. in Wind Conducting from Northwestern University in Evanston, Illinois, and a B.A. in Music Education from Luther College in Decorah, Iowa.  Former positions held by Dr. Ripley were as Associate Director of Bands at Northern Arizona University in Flagstaff, and as a clinical faculty member at Luther College.  In addition, Dr. Ripley has taught for eleven years in the public schools of Minnesota and Iowa.

Mr. Ripley is an active arranger and editor of wind ensemble music. His performing edition of Howard Hanson's Triumphal Ode for Military Band is published by Carl Fischer, and his arrangements for The Donald Hunsberger Wind Library are available through Warner Brothers Publications.  He collaborated with Morton Gould on the completion of the American Ballads for band and has made editions of Gould’s American Patrol and Howard Hanson's Pan and the Priest for chamber winds and piano. Current projects include work on editions of music by Henry Cowell and Libby Larsen. He has authored several articles that have appeared in The Instrumentalist, Wind Works, BD Guide, and the Journal of Band Research.

Rick Kirby was born in Boston, Massachusetts and was educated in the New England area.  After arriving in Wisconsin in 1974, he taught at several high schools and universities.  He retired from public school teaching in 2001 to pursue a full time career as a composer and arranger.   Before retirement, Mr. Kirby’s last public school teaching position was at Waukesha West High School.

Mr. Kirby has arranged or composed for many marching bands including groups from Wisconsin, Illinois, Kansas, Ohio, Arizona, and California.  He is presently the staff arranger for the award winning Sound of Sun Prairie Marching Band and the Wisconsin State Champion Waukesha West High School Marching Band.  Mr. Kirby has also been involved in many commissioning projects including writing compositions for concert bands, jazz ensembles, choirs, and other instrumental ensembles.  Several of his works are in publication. Mr. Kirby is also Director of the Carroll University Jazz Ensemble and Associate Conductor of the Youth Wind Orchestra of Wisconsin.

Rick Kirby is the Wisconsin Music Educators Association’s 2002 recipient of the Distinguished Service Award.  This award is given to a music educator for lifelong meritorious service, excellence and dedication to music education in Wisconsin.  He is also the Phi Beta Mu Outstanding Band Director for 2007. Rick accepted the Sudler Silver Scroll Award in 2017 for the Waukesha Area Symphonic Band under his direction. In 2018 Rick was the proud recipient of the Civic Music Association of Milwaukee’s ‘Lifetime Achievement in Music’ award.


Waukesha Works for People is a program developed a number of years ago by the Board of Directors. It is, as they say, a win-win situation. A selected non-profit organization sells tickets for the concert and receives a large percentage of those sales, making it a fundraiser for them. The band fulfills their mission by extending themselves into the community AND we play to a full or near full house—the dream of every performer.

This year's Fall concert beneficiary will be Healing Hearts of Waukesha County. Healing Hearts provides grief support to children and their families experiencing loss of all kinds.